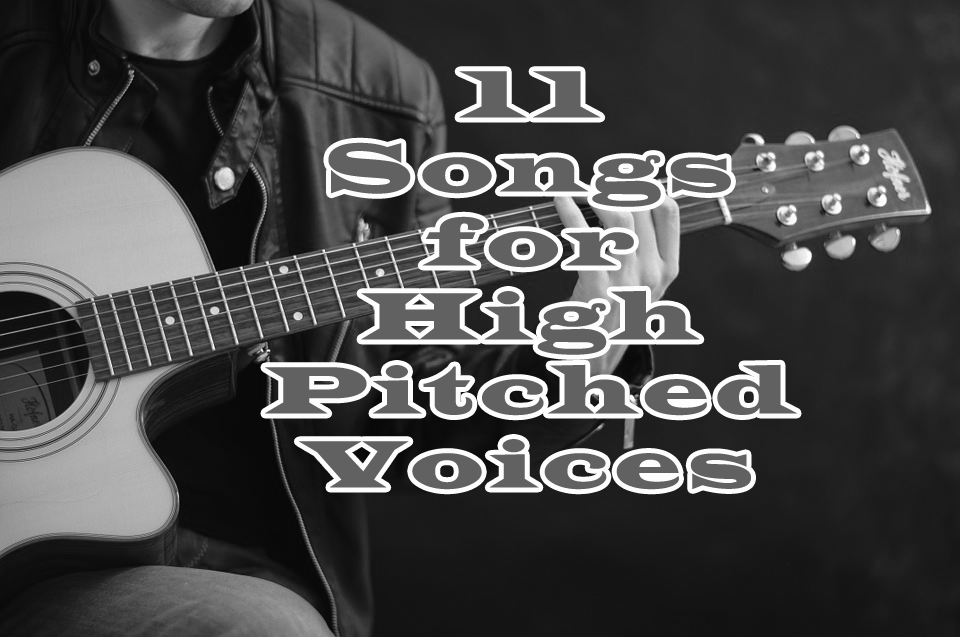 Men that are lucky enough to have a high pitched voice are also unlucky when it comes to song selection. Finding a song that perfectly compliments your high voice can be a challenge. Whether you are looking for a song to sing at your school’s next talent show or you are a seasoned singer just looking to add another song that shows your falsetto voice off at the karaoke bar next week, our list of songs for men with high-pitched voices to sing will help make your selection easier for you.

Justin has been killing the pop music scene since 1995 (with NSYNC) and his 2013 song “Mirrors” shows that he hasn’t lost that crazy range and compelling high voice. This is a great song for any occasion in which you want to show off your voice. Everyone at the karaoke bar will be singing along with you.

While probably not the best song to be singing in the living room with your family, Usher’s “Climax” is an intimate song for men that really have range to their vocals. This is a song with lots of emotion about a hopeless relationship that has already reached it’s peak. Probably not a song you want to sing to your significant other on Valentine’s Day either. You’re definitely gonna want to flip into falsetto when singing this one.

Want to sing voices that require a high pitched voice? What better artist to pick than the King of Pop himself; Michael Jackson.

This song is really no big deal. I mean, it only popularized music videos and helped the album sell over 29 million copies. No big deal, right?

You probably don’t want to reenact and sing all 13 minutes and 43 seconds of the original video so we’ve posted the link to the shorter version.

Alright you might not like pop or R&B but you still want to showcase your high-pitched voice off. Aerosmith’s “Dream On” allows you to rock out while still showing your range. While this song has a lot of notes that are geared towards Baritones, the song boasts lots of high notes. Not to mention you can transpose the song higher (but that would make those high notes ridiculously high).

Another great song to unleash the inner rock inside of you. Find yourself a drummer and guitarist and go take first place in the talent show.

For all you FTP (Foster the People) fans out there, “Helena Beat” is a song you can sing entirely in your falsetto. Although, it’s another song you can’t really sing to people in a contextual fashion. It probably won’t make any sense to anyone you are singing to but at least you’ll sound good singing it.

Check out the music video if… Well, just check it out and then scratch your head some.

This isn’t entirely a song for Tenors. It’s got a wide range but we decided it was worthy of making the list. This is a song that everybody knows and is always a hit when performing karaoke.

Talk about a throwback. This song is sure to be a hit among any crowd of late 80’s/90’s babies. It’s definitely a great karaoke song to get people laughing and in a cheerful mood. Once everybody gets over the fact that you are really singing “Ignition” they will probably join in with reciting the lyrics.

It’s the freakin’ weekend baby I’ma ’bout to have me some fun!

We had to include at least one song from a musical in the list. Greased Lightning is great for Tenors, especially when you want to sing with backup singers. Get a few of your buddies to sing with you and they can do the backup vocals in their falsetto.

Okay, we snuck another song that includes Michael Jackson into the list but we doubt you’ll mind. A perfect song about wanting to earn back the love of a woman, ironically sung by a bunch of kids that probably hadn’t experienced love yet.

Caution: Learning how to sing this song will give you the urge to go throw rocks at your ex’s window in an attempt to get her attention so you can serenade her. We strongly suggest not doing that unless you want a restraining order.

11. The Beatles – While My Guitar Gently Weeps

The Beatles have lots of songs that men with a high pitched voice can sing, so it was hard to pick just one to add to the list. “While My Guitar Gently Weeps” is quite an emotional rollercoaster of a song and it requires a lot of passion to sing. That being said, it’s sure to be appreciated by everyone listening. Make sure to have some Kleenex boxes opened and ready for your audience.